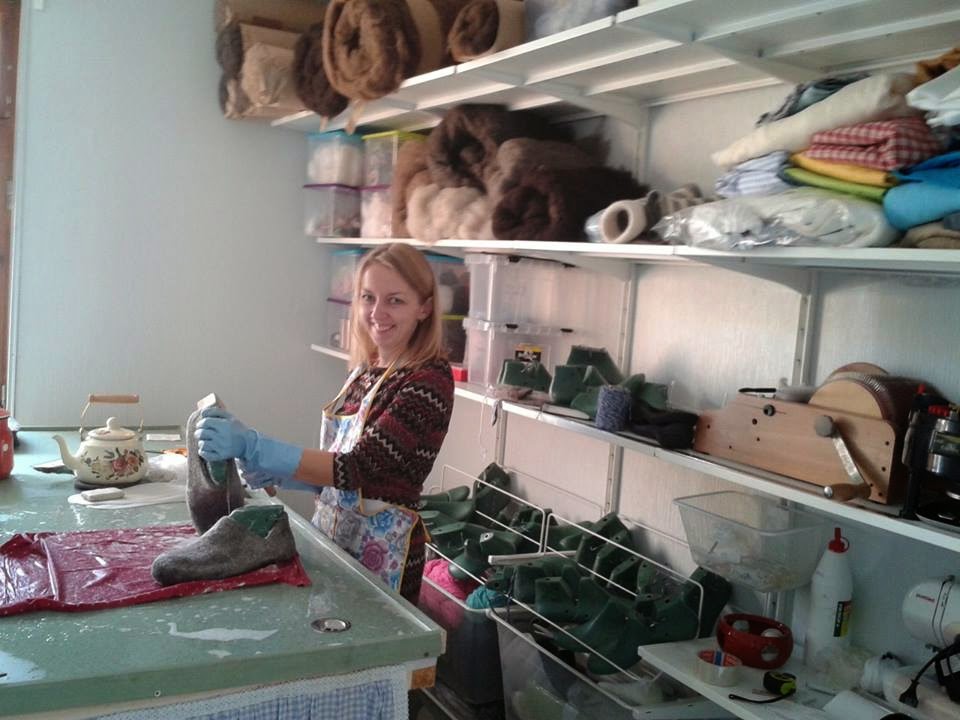 This Summer have brought some changes into my woolen life:)
Changes began last Autumn. WoolenClogs shop was growing fast and I needed more hands in order to fulfil all the orders.  In October 2013 Tadas began to work with me as an apprentice. He quickly learned the craft and helped me during hot Christmas season. Now he became a maker in his own right and began creating woolen clogs together with me. Few weeks ago his wife Aiste joined WoolenClogs team as a curator of Etsy shop. New season of WoolenClogs will begin with bigger team, stronger hands and even more enthusiasm!
Tadas' workplace: 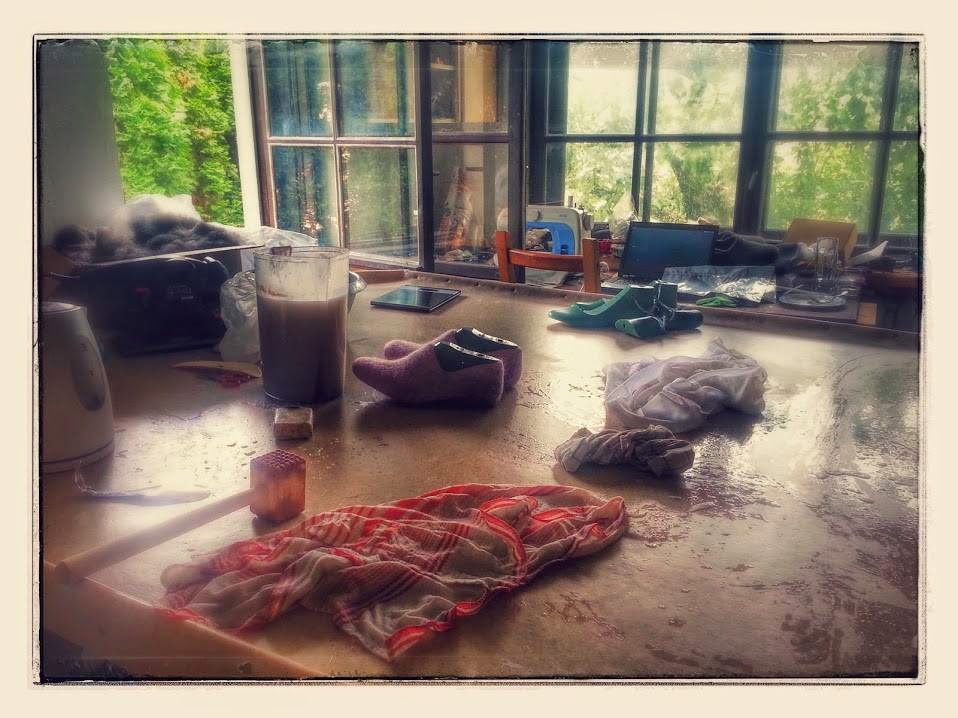 And I am curating a new place of the most beautiful Delida's knittings: www.knitted.lt new knitted items will join this shop soon!